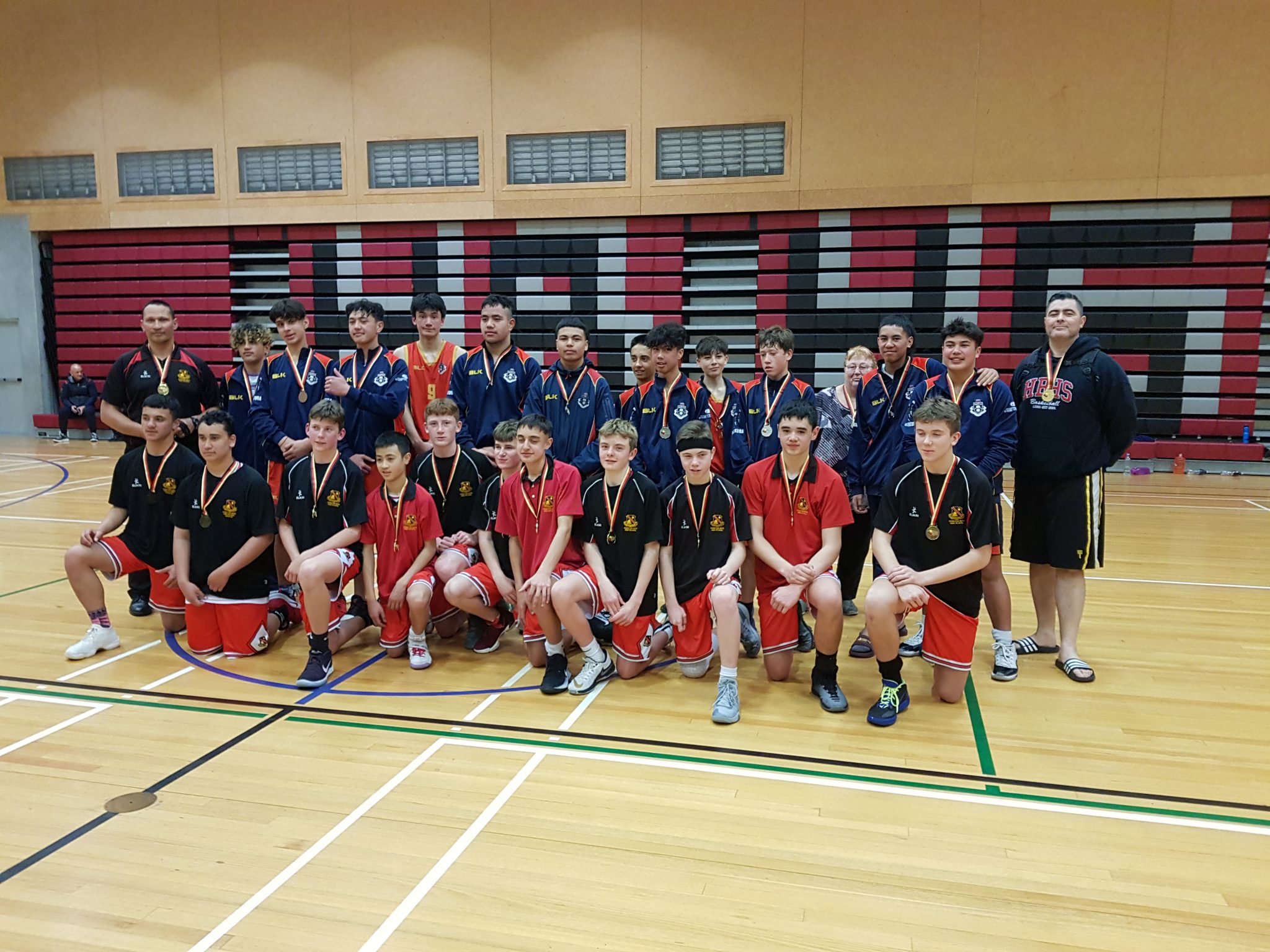 Posted at 22:58h in Basketball, News by Tony Rogers

Hamilton Boys High completed the night of hosting the Junior Premier finals with a win to their Junior Boys 76 – 50 over Rotorua Boys. Earlier St Peters School Junior Girls came from behind to snatch the Junior title from Mt. Maunganui College after the scores were tied up for the last minute of the game, St Peters finally grabbing the single point from the free-throw line to take the narrowest of victories with time up by 64 – 63. Earlier Waihi College Junior Girls edged away from Nga Taiatea Junior Girls 52 – 43 to take bronze while the Nga Taiatea Junior Boys came from behind to overpower St John College Junior Boys in the last two minutes. The Nga Taiatea team were well down going into the final quarter but were strong at the finish winning   75 – 68.