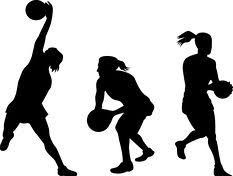 The Waikato Bay of Plenty Netball zone is made up of seven clusters. Waikato is involved with 4 of these clusters, including 17 sub centres.