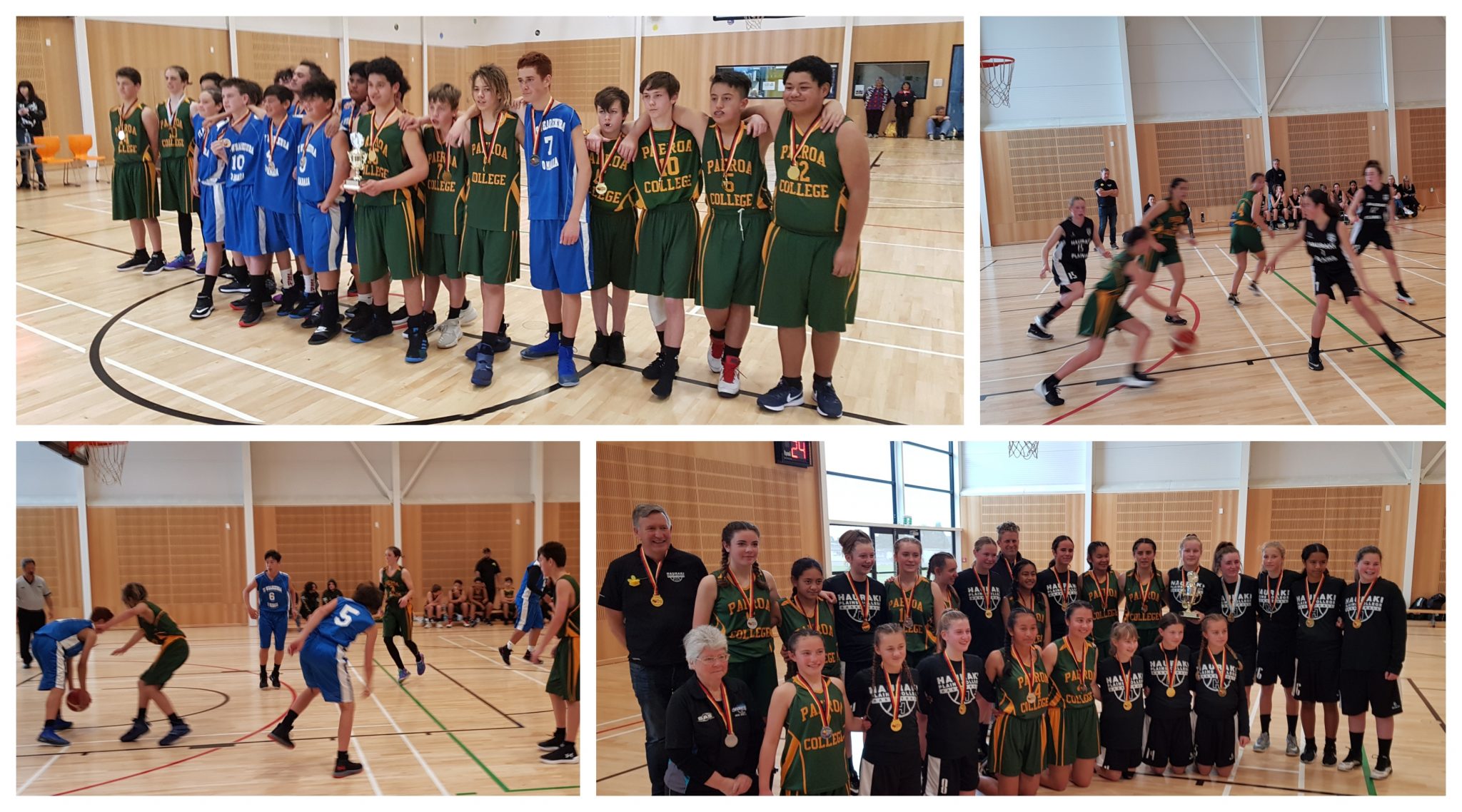 Posted at 15:47h in Basketball, Featured, News by Tony Rogers

The WSSBL North East-Thames Valley section staged their finals on Friday. The finals were played in the Jack McLean Community Centre, Thames High School. It featured the Junior finals to start the afternoon before the Seniors in the evening program. In each grade individual medals were awarded to the teams in the finals and an MVP along with Thames Valley region title trophy.

Competition intensity heated up with the in the Junior Boys grade which was a battle all the way to the wire, the title being within the grasp of both teams throughout. Finally, it was the Paeroa College Boys who held their composure to the final buzzer to edge their rivals from the small northern Coromandel school of Te Wharekura O Manaia with 59 – 57 points victory.  The Junior Boys MVP was awarded to Thomas Kirwan of Paeroa College, with many prospects staking their claim for the honour.

In the early evening match, the Senior Girls final saw the eastern coast team from Mercury Bay Area School race out to a dominant early lead in the first quarter, however by halftime Hauraki Plain College had closed the gap down to a few points. This led to an enthralling 2nd half encounter before the Mercury Bays girls took the title by three points 62 – 59. Mercury Bay athlete Olivia Clague was awarded the MVP.

In the Senior boys match that followed it was Hauraki Plain College who showed their slight dominance most of the match to take the title by a clear margin of 54 – 43 points. Oscar Smit from the Hauraki Plains team was awarded the MVP