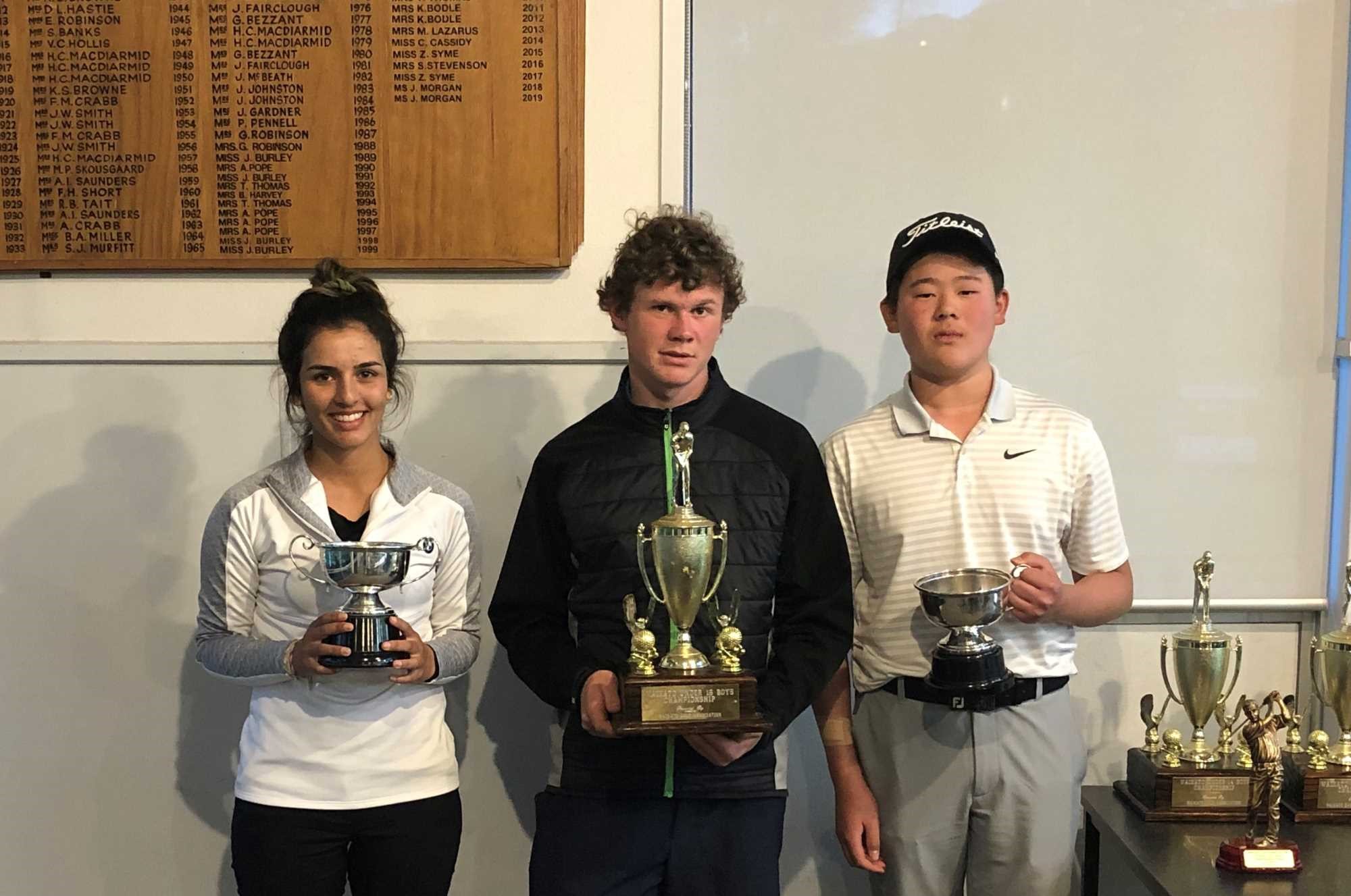 Posted at 11:21h in Golf, News by Kelsey Abbott

The Annual Waikato Age Group Championships were held on the 13th & 14th of July at the Cambridge Golf Club. This competition brings together some of the best under 14 boys and girls, under 16 boys and girls and under 19 boys’ and girls’ talent from around New Zealand and Asia.

The Under 16 boy’s division was a closely fought contest. After the first round four players were all tied for first place after shooting rounds of 74. In the end it was Waikato local Sam Towers who held his nerve to go one better with a round of 73 for a total of 147. In second place was Nathan Clark with a score of 150 and third place went to Waikato representative player Ben Ambler on 151. Benji Hao took out the nett competition with a score of 148, Waikato boy Cole Tosland finished in second place on 150.