Too much emphasis on sport, not enough on recreation 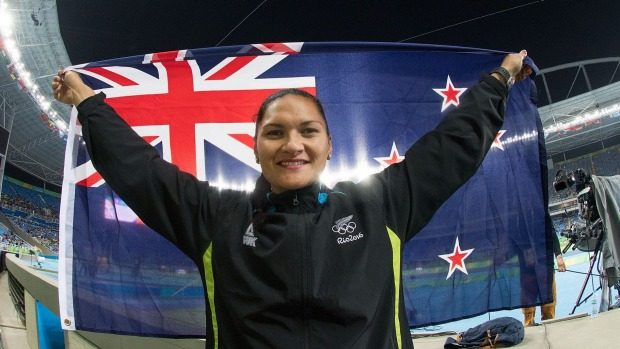 02 May Too much emphasis on sport, not enough on recreation

Posted at 10:11h in News, Sport by Abigail Whiu

OPINION: I am an incredibly competitive person. I admit to shedding tears when New Zealand athletes produce world-class finishes.

However, here we are halfway through the Rio Olympics and the medal tally is good, but not great. This is not to undermine the dedication and performance of all of our athletes. The reality is that we are a small country and we punch above our weight on a global scale. But the call from some quarters once Rio draws to a close will be for us to put more money into the quest for medals. We need to ask: at what cost, and is there a better way?

As an interested observer, the focus appears to be more targeted on the third outcome rather than the first two. The trickle-down philosophy that elite sport will inspire broad-based participation seems to be as flawed as its economic equivalent, whereby the gap between the haves and the have-nots in New Zealand is growing. While seeing our athletes win gold medals may spur us on to get up at 1am to watch the Olympics on TV while chowing down on comfort food, it is not driving New Zealanders in large numbers to the local rowing club to join up.

The hard truth confronting New Zealand is that we are now bronze medallists in the obesity stakes, with the third worst adult obesity rate in the OECD. And we have good prospects for a silver or gold in the near future. Our population is ageing, urbanising and diversifying. But have we modified our strategy to manage these changes?

I believe we need to flip the pyramid on its head. It is time to focus our efforts on getting more people of all ages active – irrespective of what that activity is. We need to grow the base number of New Zealanders who are taking part in active recreation. Then, there will be a bigger pool of people from which exceptional individuals will rise up to be developed into elite athletes and medal prospects.

This approach doesn’t leave the bulk of our nation on the sofa. Instead, we will be offering people viable, accessible and exciting activities to get involved in with friends and family. New and emerging activities, new variants on older sports, and the merging of technology and activity will be encouraged and promoted, along with activities favoured by the emerging cultures in NZ.

This may be heresy, but my own belief is that the name “Sport NZ” and the governance of Sport NZ do not currently position NZ to realise the goal of getting more New Zealanders active.

By Sport NZ’s own research, the majority of New Zealanders are most active walking (not in a race), swimming (not in a competition), biking (not in a velodrome) and jogging (not in a stadium). I would also contend that activities such as dancing, fitness activities, playing games with kids, even PokemonGo are getting people up and out.

In the 1980s the organisation was known as the NZ Council for Recreation and Sport. In 1987 this was changed to the Hillary Commission for Recreation and Sport. In 2003 the Hillary name was replaced by the more corporate brand SPARC (Sport and Recreation) and then in 2012 the whole concept of recreation was finally stripped from the title, by then Sport Minister Murray McCully, and the focus on high performance sport entrenched. We are told that recreation is still served under the title ‘Community Sport’, but this is simply not true. Academic definitions of sport do not support this, and nor does anecdotal comment from recreationalists.

Why are we focusing on high performance sport rather than getting New Zealand active? Sport NZ tells its funded partners (national sport and recreation bodies) that to achieve better outcomes, efforts need to first be directed at improving the skill and strategic vision of their boards. In that case, is it time for the Sport NZ board to hold the mirror up?
The board of Sport NZ contains highly skilled and motivated people. I believe they are all completely committed to making a difference to sport in NZ. However, at a time when the Institute of Directors and others are calling for “diversity as strength” in boards, does the Sport NZ board measure up?

According to the board profiles on the Sport NZ website, only one person declares an interest in recreation. There are only two women, and ethnically the board is monocultural. How must Maori, Pasifika, Asian and youth demographics feel when trying to pursue and advocate for their recreational and even sporting activities?

My proposition to Sport NZ is to embrace the challenge of a country dying through inactivity. We owe the country a better deal. To tackle this threat will take creative, non-defensive thinking. Let’s get a diverse group of people together to lead the way. Let’s champion active recreation in all its forms. Let’s not pretend that recreation is a subset of sport, when in fact sport is a subset of recreation. This is not semantics – this is about where money needs to be invested, to get people on their feet and their hearts pumping, in whichever way is appealing to them.