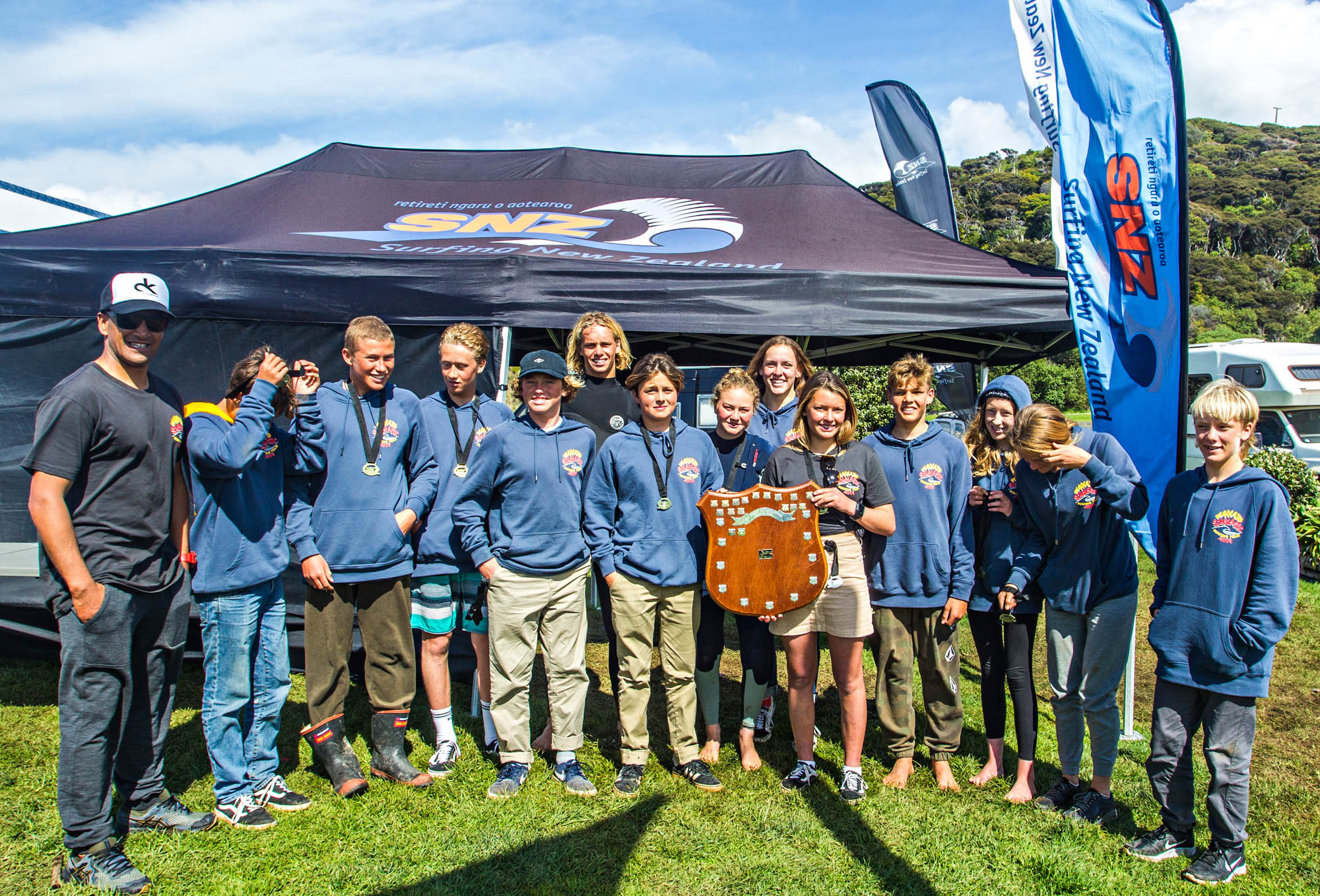 Posted at 09:22h in News, Surfing by Abigail Whiu

The five-day event wrapped up at Manu Bay, Raglan in the biggest surf of the week with a solid 1.5m swell and light onshore winds, the morning rain giving way to clear skies in the afternoon.

Waikato took the points lead early on the final day after a battle with Taranaki and Auckland who finished in second and third respectively. Waikato eventually surged ahead with close to a 1,000 point lead. The points difference between second through sixth was just 300 points, the equivalent of one placing in any of the finals.

Taranaki and Canterbury also claimed two titles apiece and the regions both shared the coveted Under 18 Division titles which went to Tom Butland (Tara) and Estella Hungerford (Chch).