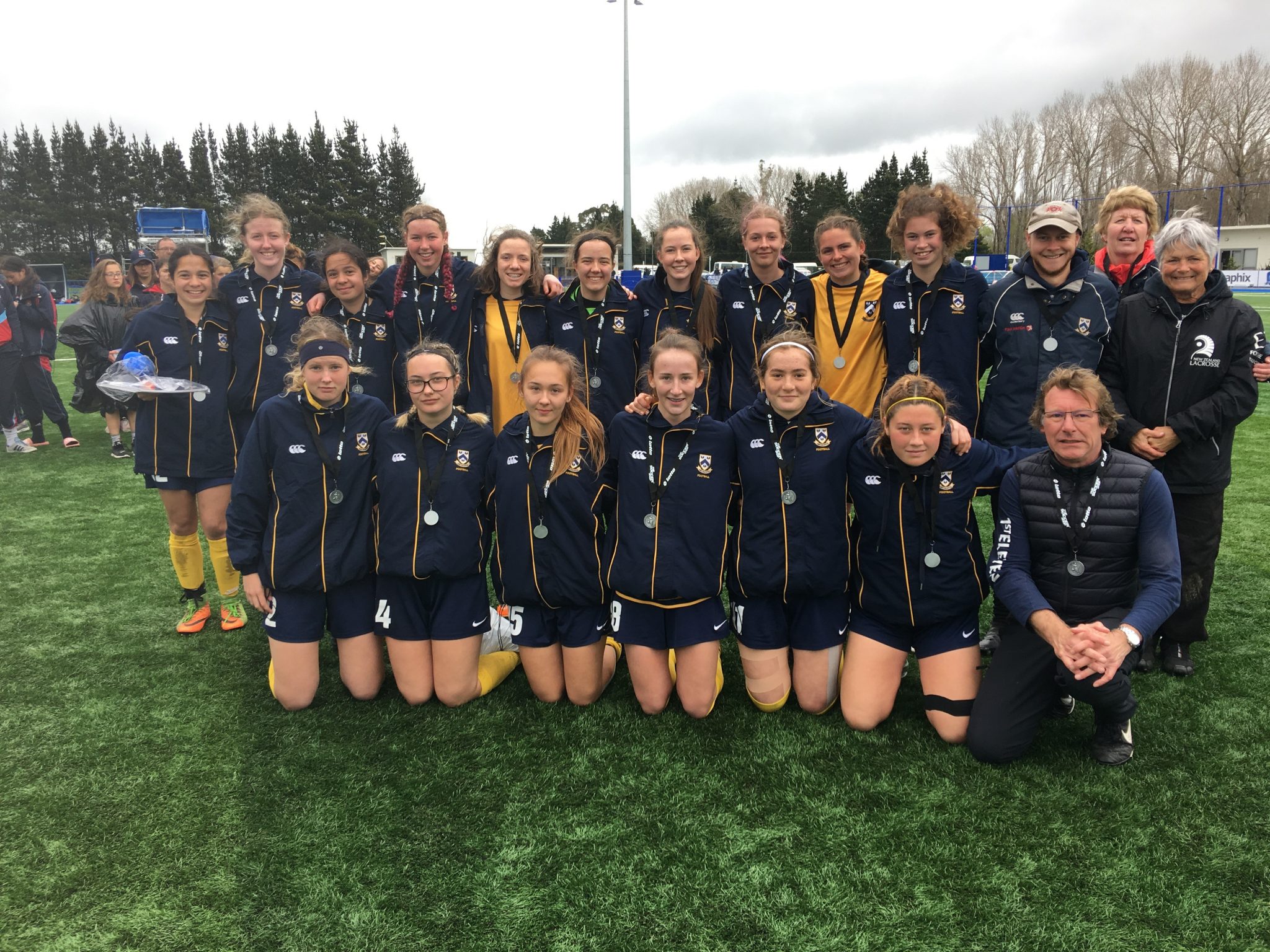 Posted at 15:47h in Featured, Football, News by Tony Rogers

As the Annual New Zealand Secondary Schools Winter Tournament enters its final days around the country Hamilton’s Hillcrest High School Girls Football finished runners-up in the Lotto Premier Girls Championships at Yaldhurst Park in Christchurch in bitterly cold conditions. Up against Baradene College from Auckland, the Hillcrest Girls were unable to repeat their earlier victories against perennial top eight teams from Auckland such as Westlake Girls who they knocked out in quarter-finals and Mt Albert Grammar who they defeated through a penalty shoot-out in the Semis. Earlier in the week, they had defeated Marist College Auckland, Hamilton Girls High, St Hilda’s College, Dunedin and Otumoetai College.  St Peters School also represented the region at the Premier tournament.

Over the next two days, some 25,000 secondary school students will return home with tournament week experiences behind them from almost 80 events across NZ.